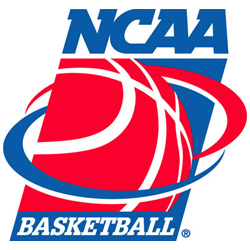 Positives:  Hawkins is offensively skilled combo guard who can play equally efficient off and on ball. Hawkins has great ball handling skills, which makes him hard to defend since he keeps defenders constantly on their hills. He can score in numerous ways and he is really hard to stop when he has ball in his hands. In the half court offense, Hawkins is more than capable of creating his own shot either from 1 on 1 situations or coming off ball screens. He can shoot off the dribble from behind the arc, but also he is efficient getting in the lane and scoring around the rim or assisting to his teammates. Hawkins can finish with both hands equally well, and on his drives he favors going to his left. Coming off ball screens he makes right reads depending of how defense is positioned, and with this being said Hawkins is aggressive combo guard who will find the way to score the ball either behind the 3pt line, mid range or around the basket. Moreover Hawkins improved his passing; he became better ball facilitator, moving the ball and finding the open guy. Defensively, Hawkins is decent on ball defender and can keep his man in front. He has decent footwork and lateral quickness. Moreover, he is really good defensive rebounder for his size, since he has good habit of going to the glass.

Negatives:  Hawkins is really talented offensive player, however his shot selection can be questioned sometimes since he can take some bad and off balanced shots. Hawkins has ball in his hands a lot and the entire defense focuses on him; with this being said, sometimes he tries to do too much which can lead to forced shots and turnovers. Even though, he improved his passing, he can still work on this segment of the game and get better. Hawkins has good floor vision and he is good decision maker when ball is in his hands so he is capable of being even better passer