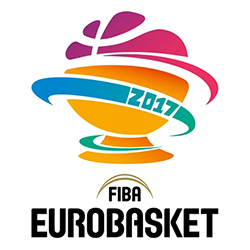 The eight National Teams that will play the quarterfinals at Eurobasket are now known.

The second round of Eurobasket, that will be played entirely in the Sinan Erdem Sport Salonu of Istanbul, started on Saturday with four games and ended on Sunday with four more contests and for all the contests there was online betting at SportsBetting.ag available.

The first match was between Slovenia, unbeaten in the Group A in Helsinki, and Ukraine, which surprisingly passed the first group in Tel Aviv, Israel, in fourth position.

Slovenia easily defeated Ukraine 79-55 with Luka Doncic impressing one again and flirting with a triple double (14 points, 9 rebounds, 6 assists and 22 of efficiency in less than 24 minutes of action).

The second game was between Germany and France. And the team coached by Chris Fleming made the surprise beating France, that four years ago in Ljubljana, Slovenia, won the Gold Medal and two years ago, at home, in Lille, won the bronze medal. The game ended 84-81 for Schroeder & Co.

The third game has been between Italy and Finland. Susijengi, after an impressive run in Helsinki in Group A, were called to repeat their performances also outside their “home”. But Italy started strong building a great lead in the first half and won the match 70-57 with new Atlanta Hawks guard Marco Belinelli scoring 22 points with 6 for 9 from the field, 1 for 1 from two, five for 8 from long range and 5 for 6 from the line.

Saturday’s last game was the clash between Lithuania, which won the Group B in Israel and Greece, that had some disappointing performances in Helsinki finishing in fourth position. And the Hellenic team made the big surprise of the day beating Lithuania, silver medalist at the previous two editions of Eurobasket, in Slovenia in 2013 and France 2015. 77-64 was the final score of the game with Sloukas, a player of Turkish powerhouse Fenerbahce, having 21 points and 21 of efficiency.

The second day of Round 16 opened with Latvia against Montenegro. And the team led by the Knicks unicorn Kristaps Porzingis destroyed Montenegro 100-68 without any problem. MVP of the game was the new forward of Baskonia, Janis Team, able to score 21 points with 4 rebounds and 6 assists for 27 of evaluation.

The second game was won by Serbia against Hungary. A bad shooting night from EuroLeague defensive player of the year, Adam Hanga, helped Serbia to win 86-78 behind a double double from new Real Madrid big man Ognjen Kuzmic (17 points and 10 rebounds for 26 of efficiency).

The third game was between the hosts, Turkey, and Spain, still unbeaten after the round in Cluj-Napoca, Romania. Turkey fought hard against Spain but could nothing against the Gasols and an inspired Ricky Rubio, who finished with 15 points on a 4 for 7 shooting night.

The last game of Round of 16 was Russia against Croatia. On the paper was the most interesting game of the round. But Russia easily won led by an impressive performance of Alexey Shved. The former NBA guard and player of Khimki Moscow destroyed Dario Saric and Bojan Bogdanovic with a double double performance (27 points, 12 assists and 32 of evaluation).

Italian Basketball Federation says it will apply to host Eurobasket 2021