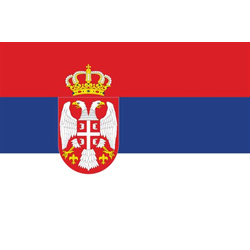 Positives:  Nastic’s numbers and game improved tremendously between his junior and senior year. Nastic is a very long Center, who has good low post game followed by efficient mid range jumper. Nastic’s improvement is more than obvious especially on the offensive end. Stanford’s big man has decent coordination for someone his size, followed by really good footwork. He is really effective in the low post where he uses his length to finish around the rim. Nastic has really nice right hand hook shot, when he gets the ball in the low post he is capable of finishing with both hands, however he prefers and feels more comfortable to shoot over his left shoulder. His post moves are pretty good, since he is pretty simple, doesn’t complicate things too much and has good footwork, which makes it even harder to guard him. Moreover, his mid range jumper really brings offensive variety to the table – Nastic has nice range; he can shoot really effectively up to 17ft feet. Nastic is really good getting the ball in the high post since he will shoot 17ft jumper without hesitation, however he really showed that he can put the ball on the floor and drive it (right, most of the time) from the high post, trying to finish at the rim. As already mentioned, Nastic’s offensive game changed on better - showing solid footwork and coordination, and good low post skills and ability to finish with both hands, followed by decent mid range jumper. Defensively, Nastic is a presence in the paint, since he challenge shots well and his length bothers players in the paint. He is good on the offensive rebounding end anticipating shots and keeping the ball alive. He is decent post defender (he can improve in this segment though).

Negatives:  Offensively, in the low post Nastic has the ability to finish with both hands, however he has to be more comfortable finishing with his left hand. Most of his low post shots are over his left shoulder, and with this being said he has to turn more often to his left because he can finish efficiently when he uses his left hand. Moreover Nastic is not explosive off the floor so he can be in trouble when he has to finish on the catch over more athletic players similar size. Defensively he has to move his feet better and has to improve his lateral speed. He is decent post player, however he is in trouble when he has to leave the paint in order to defend ball screen or to keep faster players in front of him. Moreover, Nastic could be more active on the defensive rebounding end and because of his length he has to be a better shot blocker – as mentioned he is not explosive off the floor and has to work on this segment in order to become better rim protector and rebounder.