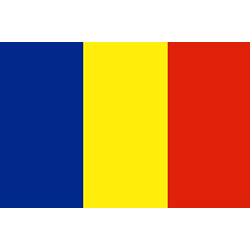 McClain is out of danger and has not been transferred to another medical unit. He has a perforation of the left lung after being hit by a knife.

Darrell Bowie has been transferred to Floreasca Emergency Clinical Hospital with helicopter. He has several lesions on the face, neck and abdominal area. He had a intestine surgery that showed two perforation caused by knife hits.

Both players are not in a life danger situation.

The two American were attacked by a person without any reason. They tried to calm down the aggressor and left the place where they were. Outside they were attacked by 8-9 people and were punched, kicked, some chairs were thrown to them and they were both stabbed.

The incident did not start because of a woman and the players were in that place with some other people.
Tag Cuza Sport Braila Darrell McClain Darrell Bowie

He spent last season in the NBA G League and Venezuela

Barnette, as reported by Totalbaschet, suffered a serious injury to the head and was hospitalized