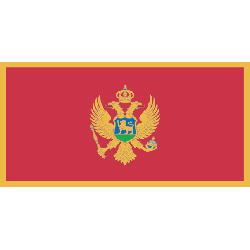 Uroš Luković agreed to sign a contract with Mornar for the upcoming two seasons. He will be a proper reinforcement at the position number five, which was a weak side of the Bar ABA League side over the past couple of seasons

213 cm tall center is the tenth player for Mornar’s roster ahead of the upcoming extremely tough season for the club of Bar. Before him old members of the squad Marko Ćalić, Marko Mugoša, Radoje Vjošević, Vukota Pavić, Boris Bakić and Emir Hadžibegović, as well as the newcomers Nemanja Vranješ, Strahinja Mićović and Brandis Raley-Ross were the ones to do the same. It is expected that captain Marko Mijović should do the same in the forthcoming days and it remains to be seen who is to follow.