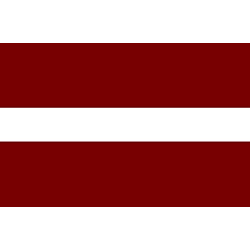 Positives:  Smith is fast PG with tremendous playmaking ability. Smith was 5th in the nation in assist per game (7.4) in his senior season and he is really good at finding open teammates and setting them up for quality and high percentage shots. Smith is always under control – he likes to create coming off ball screens, get in the gaps and find the open man on the floor. Smith is good at recognizing situations/rotations on the floor, he has great court vision and delivers good passes. He is at his best when he can attack off the dribble, get defensive attention on his drives and then find an open player on the floor. He is decent in 1 on 1 game, where he uses his speed to go by defenders and create for others. Also he is good ball facilitator, and really looks for delivering lob passes to his big guys. Scoring wise, he will not force shots – he has decent 3pt shot, and he can knock it down either from spot up situations or off the dribble (However scoring is not his strength and he has to get better at this segment). Defensively he is good on ball defender who can guard perimeter players – he has decent size, and good lateral speed. Moreover, Smith has quick hands and is good at picking the ball on the dribble or getting in the passing lanes (2014 conference defensive player of the year). He is solid defender who can guard quick players out at the perimeter position.

Negatives: Smith has to improve his ability to score the ball in order to be even more effective offensively. He has decent 3pt shot, however he can be more consistent from behind the arc. Moreover he has room to develop his mid range pull up game (which does not exist right now) as well as scoring around the basket especially because of his ability to attack off the dribble. He does draw a lot of attention defensively and his decision making ability is good, however he has to be bigger scoring threat from the mid range area and around the rim in order to play at the high level after college. Moreover Smith has to be better at getting fouled and going to the FT line since he only has 2 FT attempts per game throughout 4 years of college.