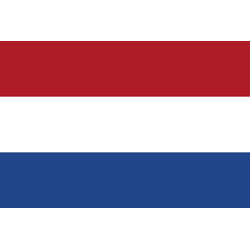 Positives:  Moundou-Missi is a Forward with great mid range shot. He is very active offensively, moves really well without the ball, looking to find open spot in order to knock down jumpers from catch and shoot situations. In ball screen situations, he is very effective setting the side pick and popping out to the corner looking to shoot without dribble. Moundou-Missi has good form and sets his feet quickly so he is always ready to shoot the ball on the catch – his range is up to 17 feet away from the basket. If he catches the ball in the low post/short corner, he prefers facing up, trying to settle defender’s hands and shoot mid range jumper. He has decent footwork if he puts the ball on the floor, trying to pivot and pump fake a lot in order to get defenders to leave their feet. Moundou-Missi is really good on the defensive glass averaging 5.4 def rebounds (7.3 overall). He is physical player who establishes good rebounding position, and always goes on the glass in order to get missed shots. Defensive player of the year in his last year of college for his conference, Moundou-Missi is very effective as a forward defender who can stay in front of his opponents and move his feet really well. He has decent footwork in the low post as well as out on the perimeter. Moreover his lateral movement is pretty good and he has no problem staying in front of players who can create off the dribble. Moundou-Missi is pretty physical and has good energy defensively, while offensively he is constantly in pick and pop situations or looking to get clean looks on kick out passes.

Negatives: Moundou-Missi is a player who has good mid range game, however lack of size shows up if he has to score around the rim – length bothers him, and he is not great finisher around the rim if taller and more athletic players are in the lane protecting the basket. In the low post he prefers facing up and shooting the ball over defenders, so his low post game with his back-to-the-basket is not really established. Moreover Moundou-Missi has to improve his ball handles and ability to create off the dribble and attack off the bounce. Most of his shots are from catch and shoot situations, and considering his size and speed he has to be better at attacking off the dribble and getting to the basket (this is something he misses offensively in order to be more versatile player). Defensively, his lack of size is noticeable when he has to defend taller post players around the basket, since they can score over him.

New coach for the Dutch team

The coach leaves the Dutch team

The guard comes from Northern Kentucy